Did you know you can go kayaking, rafting, canyoning, paddle-boarding, sailing, swimming and even windsurfing in inland Andalucía? The untouristed olive-growing Subbética, in sun-soaked southeast Córdoba province, offers a wealth of thrilling water sports and adventure activities off Spain’s beaten track. With the 320-sq-km Parque Natural Sierras Subbéticas at its heart, it’s also a paradise for hikers, cyclists and mountain-bikers. Base yourself in one the region’s inspiring sustainable rural hotels near Córdoba, dive into authentic Andalucian cuisine, and explore castle-topped white villages with fascinating histories stretching back to Moorish, Roman and Iberian Spain.

Anyone looking for some of the best hiking in Andalucía will love the craggy limestone mountains, wild-olive-filled hills, rocky gorges and green-clad valleys of Córdoba’s Parque Natural Sierras Subbéticas, which has also been a Unesco Geopark since 2006. Head out from super-scenic pueblos blancos (white villages) such as Zuheros, Cabra, Priego de Córdoba and Carcabuey, following little-known paths through dramatic canyons, past eerie caves and abandoned farmhouses or up 1570m-high La Tiñosa (the province’s tallest peak). Along the way you might spot griffon vultures, Bonelli’s eagles, spring wildflowers and more. The park’s helpful visitor centre is between Priego and Cabra. 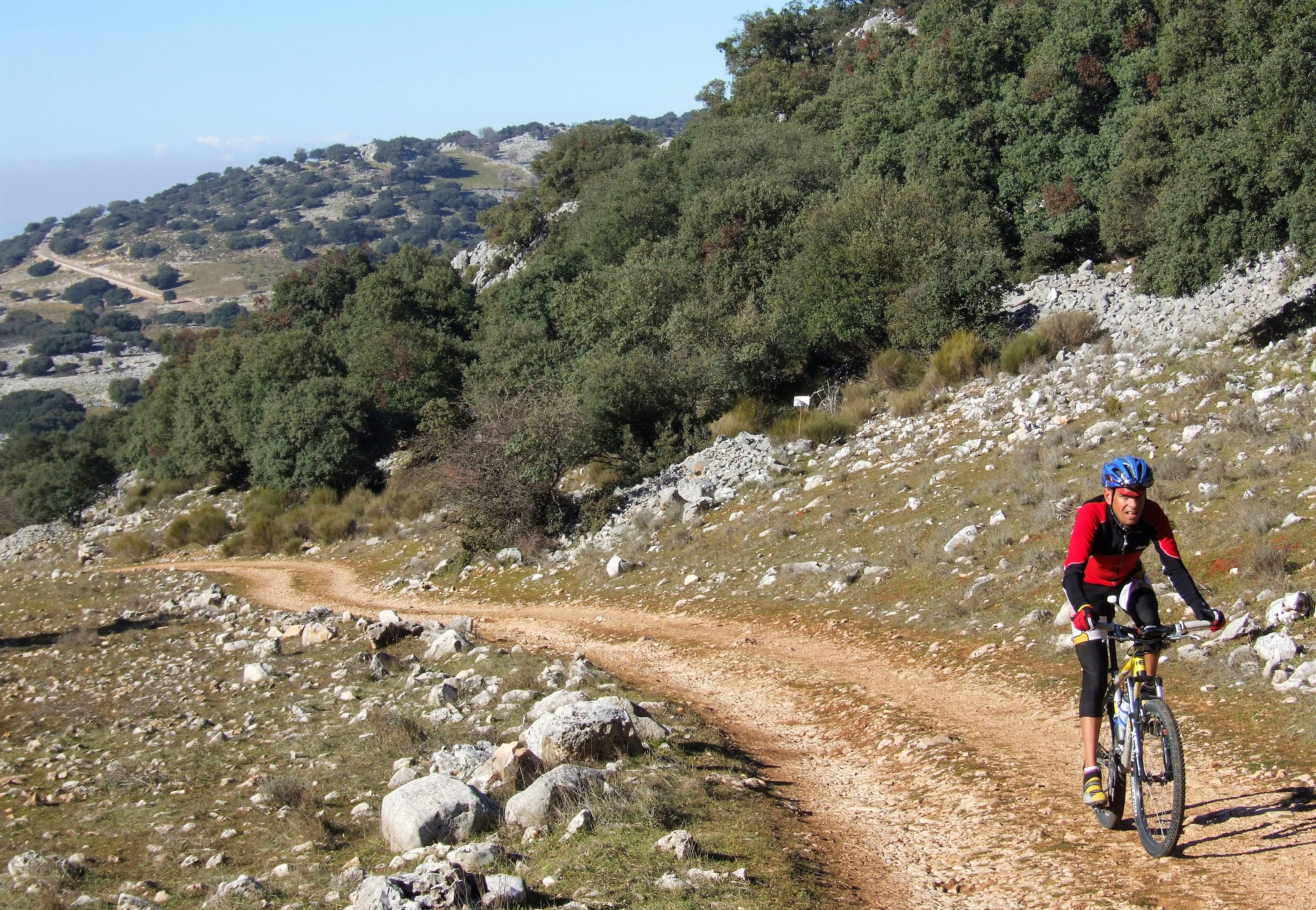 Cycling and mountain-biking in Córdoba’s Subbética

Andalucía’s wonderful Vía Verde del Aceite greenway (also called the Vía Verde de la  Subbética in Córdoba) is a disused railway line that tracks across 128km of olive-covered countryside in Córdoba and Jaén provinces. It’s now been skilfully converted for cyclists, hikers and wheelchair users to enjoy, with 13 spine-tingling viaducts, sprawling views and train stations repurposed as bars, restaurants and hotels. If you’re keen to uncover Andalucian history on a cycle touring holiday in Spain, rent bikes at the excellent Centro Cicloturista near Dona Mencía and head off on this rewarding route.

Regularly featured in Spain’s ‘La Vuelta’ cycling tour, the Subbética is an undiscovered gem for road cyclists, with quiet, well-maintained, traffic-free roads weaving through spectacular mountain scenery and river valleys. There are plenty of picturesque white towns well-spaced out across the region, so you’re never far from a local terrace bar for tapas or coffee! There are several bike-friendly hotels in the area, offering secure storage for bikes, bike rental and downloadable GPX files with recommended cycling routes.

Elsewhere, there’s superb mountain-biking among the olive groves, craggy hills and gurgling streams of the Sierras Subbéticas natural park. The area has a range of MTB routes set up  covering the northern (BTT Norte) and southern (BTT Sur) reaches of the park, with QR codes giving you GPX files and links to a navigation app.

Lesser-known than the famous white villages of nearby Cádiz, Córdoba’s charming pueblos blancos revolve around crumbling Moorish-era castles, glinting Baroque churches and narrow sloping alleys bursting with vibrant geraniums, all with the Sierras Subbéticas right on the doorstep. Many of them sit on the once-turbulent frontier between ancient Christian and Islamic Spain, which you can now explore by following the Ruta del Califato (Route of the Caliphate), stopping at ecofriendly rural hotels and local-produce restaurants along the way. From Zuheros (recently voted one of the prettiest towns in Spain) and Luque, to Carcabuey, Zagrilla, Almedinilla, Priego de Córdoba and Instagrammer-favourite Iznájar, these Córdoba white towns are a delight and feel particularly atmospheric during local Semana Santa (Easter Week) processions.

History and heritage in southern Córdoba

Reason alone to explore the Subbética, Priego de Córdoba conceals Andalucía’s finest Baroque architecture, which you’ll spot trickling out to neighbouring villages such as Cabra and Rute. Across the region, an impressive stash of Moorish, Roman, Iberian and prehistoric remains tell a story dating back millenia, while Lucena town harbours one of Spain’s most important Jewish necropolises. The Subbética area is also perfectly located for easy day trips to Córdoba and its shimmering Mezquita, and makes a tempting rural gateway for exploring Granada and the Alhambra as well as arty Málaga on the Mediterranean coast, both less than an-hour-and-a-half away. 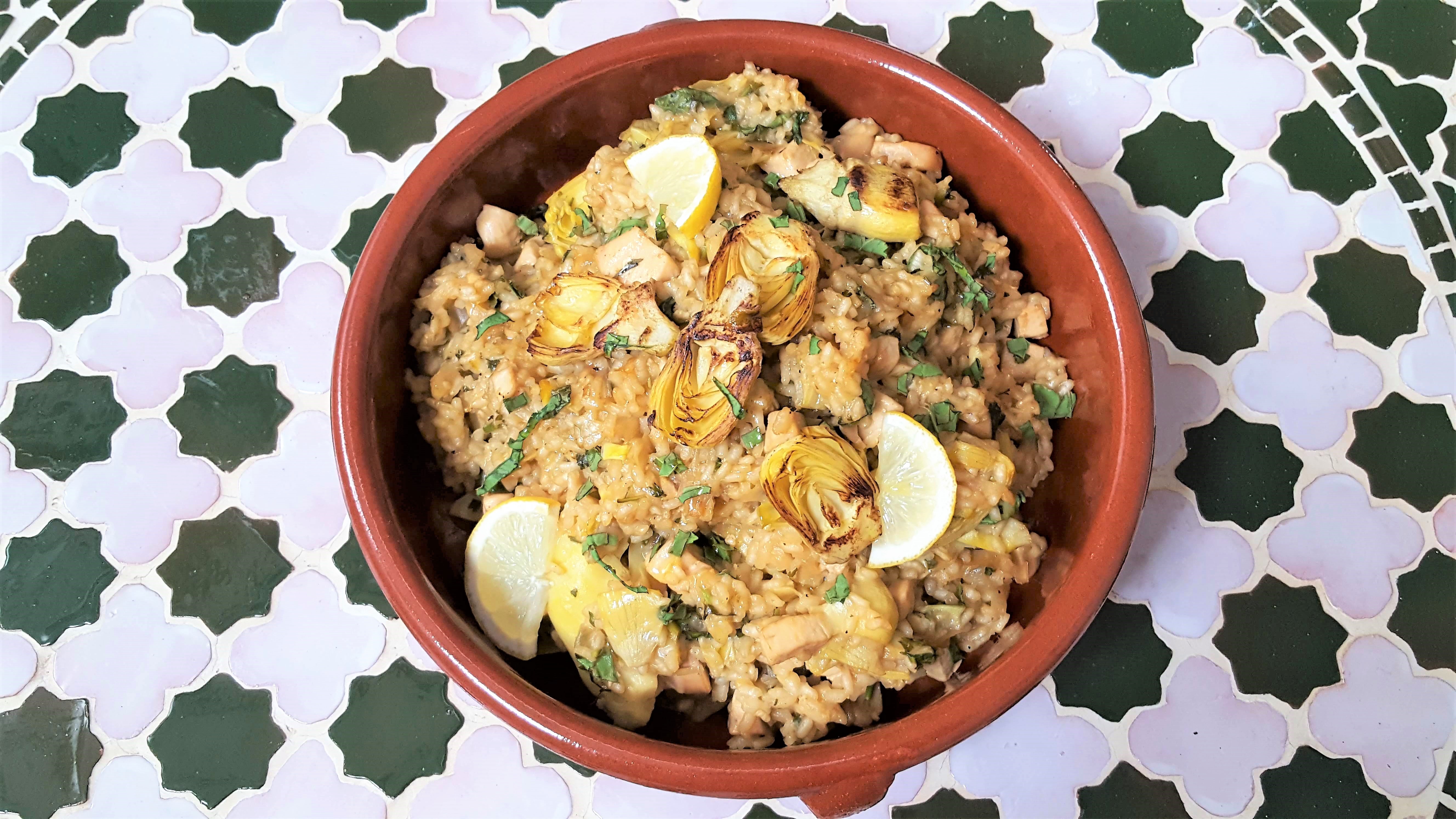 Central Andalucía’s authentically delicious traditional cuisine is powered by ultra-fresh local ingredients and age-old recipes, which you’ll sample all over Córdoba’s Subbética. Some of the world’s best olive oil is produced around Priego de Córdoba, Baena and Lucena (with olive oil tours and tastings on offer), and local farms yield everything from artisan Zuheros goat’s cheese and renowned mountain-cured jamón to just-plucked seasonal vegetables and fruit. Another highlight are Córdoba’s sweet Montilla-Moriles wines, similar to Jerez sherry, which you can taste on small-scale winery tours in Doña Mencía, Montilla, Moriles, Lucena and beyond, as well as any good Subbética bar or restaurant.

The Subbética is also an idyllic place for a Spanish cooking holiday, where you can master the art of Andalucian flavours at some of Spain’s finest rural B&Bs. 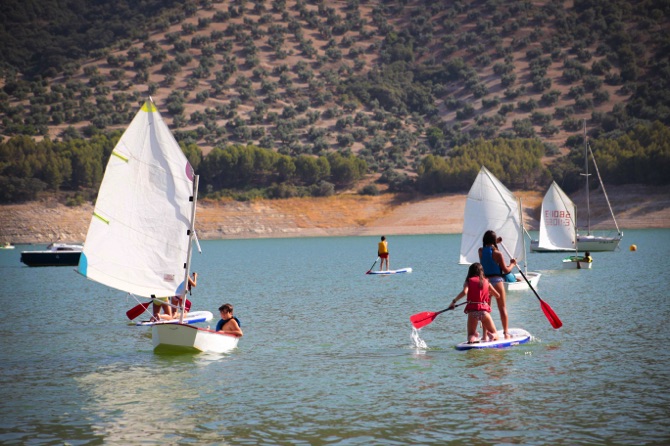 Whether you fancy paddle-boarding, kayaking, sailing, windsurfing or a leisurely boat trip, the twinkling turquoise reservoir below Iznájar is a major centre for water sports and adventure activities in central Andalucía. With olive trees rippling all around its shores and handy local camping and self-catering accommodation, it makes a great option for family holidays. Other adrenalin-fuelled adventure sports you can tackle in the Subbética region include rafting on the Genil river, and a series of via ferrata routes near Benamejí and neighbouring Antequera and Archidona.